When I was planning this guide I wrestled with adding a section on media because television was invented way back in 1928, and radio in 1895.

Media is not new. Then again, television and radio were analogue technologies, not digital. Digital technology transformed media in two ways:

Using media in learning increases engagement. Engagement is really about aligning the motivations and needs of the learner with the learning experience. Media takes time to watch and listen to, a result of which is that if it’s not used correctly it can make the learning experience boring and less engaging. Two trends to think about in the field of media are live streaming and learner-produced media.

Facebook and Twitter have recently added live streaming of video, which means anyone can broadcast video to friends and followers at any time. Facebook is seeing a huge growth in video content and they expect that video will be the dominant form of content in the near future. The live video streams we see are often the complete opposite to what we find in slick corporate training videos – most of the time they are shaky, blurry, and the audio is terrible, but it is undoubtedly intimate and direct. With live streaming everyone can have their own TV station.

In digital learning projects, audio is common but video is seen as expensive, especially if it involves actors and motion graphics. An alternative is for the learners to produce their own videos (on their own phones). It means they go from being consumers of content to producers. It might involve running an exercise to document best (or worst) practice in the workplace, or recording routine activities for discussion in a later session. It gives us video that is quick and inexpensive to produce.

Virtual reality (VR) and augmented reality (AR) are not new; I owned a headset that had both capabilities back in the 90s. In the past, however, VR and AR were complex and expensive to work with. The graphics were low resolution and often didn’t keep up with the movement of the user. Motion sickness was rife, and overall it wasn’t a satisfying experience. But the processing power of contemporary technology has advanced to a stage where VR and AR are both usable and affordable.

They offer us many possibilities in learning. We can now build natural experiences that are in no way like a mere PowerPoint with voiceover. They have a novelty that attracts learners and stakeholders alike, and can pique the interest of outsiders too. Using novel technology in learning can be a way to position an organisation as innovative. This novelty factor is delicate, though. If the learning experience isn’t meaningful the learner will disengage.

There are two types: 360-degree worlds, and generated 3D worlds. 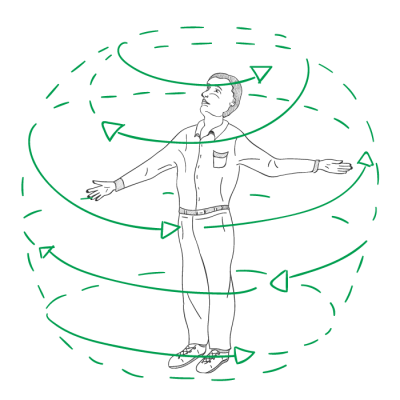 This is a photographic-based approach. The experience is a bit like being in a fishbowl, where you’re standing in space and you can look around in every direction. It’s not a fully interactive experience but it’s a powerful way to tell stories and show places and experiences that you couldn’t otherwise access. Many situations where video is used in a learning program could instead feature a 360-degree world.

An Australian example of a 360-degree video is a training resource made by Victoria Ambulance. They’re using video-based virtual reality to help paramedics manage violence and aggression in the workplace.

Technically, these 360-degree worlds are shot on multiple video cameras or with specialised cameras with multiple lenses. Then the viewpoints are stitched together automatically to build the 360 view. Most of the technology is straightforward and many professional video editing systems can now be used to produce 360-degree video. 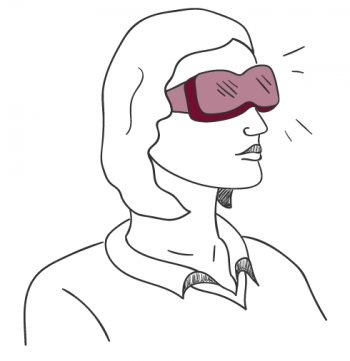 The 3D world approach uses 3D graphics to simulate spaces and experiences. Most virtual reality experiences in the past used this approach. Advances in 3D gaming technologies mean that real-time 3D graphics have got to a stage where they are high quality and affordable.

Virtual reality experiences are terrific for high-risk situations where a learner needs to practise in a safe situation. Flight simulators have been used in the aviation industry for years.

In the past, 3D worlds were expensive to produce. The high cost was not owing to the technology or the interaction but the vast amounts of time it took to generate the 3D models. But now there are extensive stock libraries of 3D objects. Assets such as buildings and other structures that have already been designed with 3D software can be re-used, making the model and the production process faster.

The immersive possibilities of these types of simulations are now more achievable for more industries. 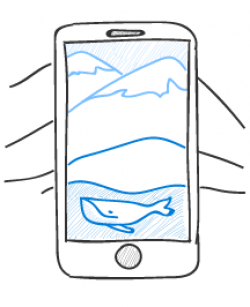 The term ‘augmented reality’ refers to a wide range of technologies. At the low end it might be a simple phone-based system where media is triggered by GPS location. At the high end is a complex headset that overlays 3D objects onto the space around the viewer.

There is a growing use of web technologies and services for building these types of experiences. One of these is Layar. It adds a tag to print media, and when someone points their camera at the tag, media is triggered.

In the high-end approach, a user wears glasses that overlay 3D objects over what they can see. These headsets are still relatively expensive and the experience is more complex to produce than simple web-based systems.

Some uses for AR in learning

Augmenting reality means a dynamic information layer can be added to the workplace. It’s an enabling technology for moving towards supporting performance instead of providing training.

Questions and ideas to spark new thinking about rich media

Developing a digital mindset for L&D: The Internet of Things How to write amazing digital learning resources
'