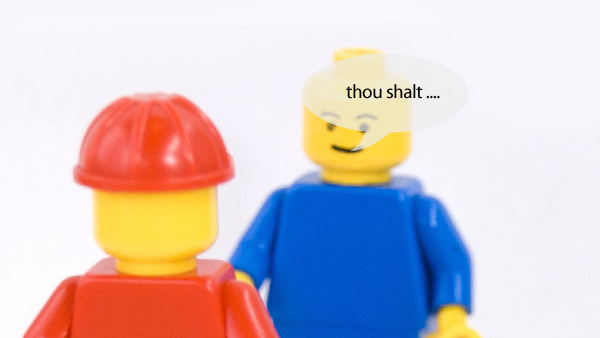 A common complaint I've heard from a few organisations is lack of employee motivation to follow safety systems.

I've been thinking about this problem over the last couple of weeks and have come up with some ideas.

What will not work

Instead of focusing on training, which is expensive and time consuming, changing the systems might bring the greatest return on investment.

1) A story-based approach
Make a series of videos of peers talking about following the systems. Make the stories personal and emotional. The videos could be fictional or perhaps case studies from other organisations. What is important is that the people telling the stories are peers of the learners, and the stories focus on positive rewards.

We are starting to see this type of peer-based story telling being used in safe driving campaigns for young people because it works well.

We know that we learn from experience. Simulations are a great way for learners to  explore cause and effect in complex environments. In high-risk areas such as healthcare, the armed forces and the mining industries use simulations extensively. A few years ago I interviewed Deanna Hutchison from the Mining Industry Skills Centre about Project Canary, which is a safety training simulation for the mining industry.

Simulations can be low tech. Some low-cost ideas include using Lego for building the graphics and choosing you own adventure-style interactions.

Simulation-based learning is a process of awareness, practice, then reflecting. The simulation could consist of a problem that the learners then need to figure out how to fix. They could explore how things went wrong and what they would change. Once again, it could be tablet based, and it could be part of a short, facilitated face-to-face session.

How to make these learning experiences more effective

A few ways of making both learning experiences more effective are as follows:

Coaching is possibly one of the most effective but highest-cost strategies.

All of these approaches could be combined into the following sequence: