xAPI has a branding problem 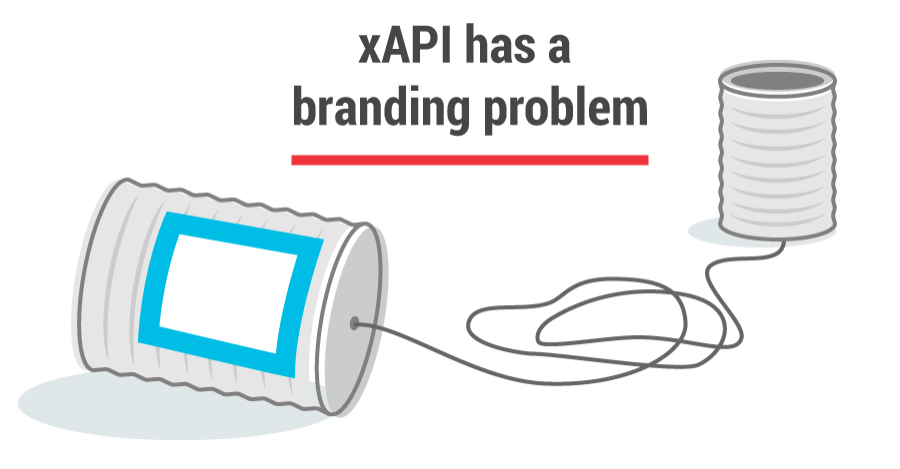 As I've been doing the series of podcast interviews on xAPI I've decided that it has some branding issues.

xAPI has a simple naming problem

Every time I go to write xAPI, I think, should it be 'ExperienceAPI' (which is technically correct) or 'xAPI'? Should I write 'xAPI (aka Tin Can API)'?

'Tin Can API' is a great way to explain some of the core features of xAPI in how it can link different sources of data together but it's still not really descriptive of what xAPI is.

Because Tin Can API was the name used while the standard was being developed it's often the first name people have heard for it. Then, during our podcast interview with Nick Stephens from xAPI Apps, I realised that I might be mispronouncing it. I wish I had a simple answer to this problem, but because of the name change it's a problem that is not going to go away.

xAPI is over-hyped by vendors

New technologies create new market opportunities, and they are sometimes difficult to implement correctly. The introduction of xAPI has created a whole new learning technology—the Learning Record Store. There has been a rush by vendors to fill this market.

I've heard many people say that xAPI isn't ready for prime time. Perhaps vendors have been over promised, or maybe it's because L&D people haven't yet realised what is really involved—for instance, xAPI doesn't automatically capture what people look for as they surf around the net. Another way of thinking about the prime time remark is that xAPI isn't a turnkey, simple, off-the-shelf technology – it takes thought and planning about how it's going to be used and often needs custom development.

L&D is what I call a 'wicked problem'. It has so many challenges that are not easy to solve. xAPI has a lot of potential to record learning activity in new ways beyond just learning management systems, but if an organisation is struggling with getting its employees to complete simple compliance training, then beginning to record learning beyond an LMS is a jump many L&D teams can't take.

xAPI is just a new way to record learning data

At its core, xAPI is an improved way to record learning activity data. Presenting it as 'powerful transformational technology' actually makes it hard to adapt to. It seems new and risky. As Ben Betts said in one of the podcasts, "It's just a piece of paper."